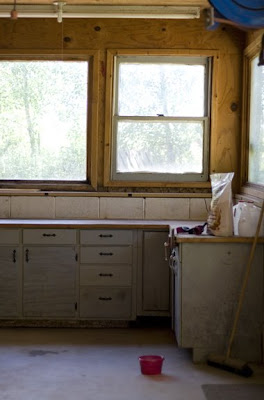 I can't help it. I'm an optimist. My husband says I'm an idealist. He calls himself a realist (which, let's admit, is pretty much just a slight upgrade from being a pessimist). I was mildly surprised when he didn't call me a dreamer. I was prepared to argue. I won't argue with being an idealist though--because it's true.

I tend to walk around with an ideal version of what I want things to look like or turn out like or...yeah...I keep it tucked somewhere at the back of my eyeballs and I'll be damned if I'm gonna give up trying to manifest it on one level or another. I do this with painting, with living, with writing, with everything. I suppose this could be construed as stubborn or determined...and, yes, this is true of me also--a positive or negative trait, depending on how one looks at it. :)-

Sometimes my version of "ideal" changes. But one thing I'm fairly certain of is that my ideal version of life doesn't look like most people's. If it did, I'm pretty sure that I would not get so excited about the potential of a dirtly ol' garage in the middle of nowhere.

The garage, an earth-home constructed workshop, is about to become the home of the Stray Dog Arts studio. I've been letting my imagination run away from me on a fairly regular basis and am looking forward to the two larger-than-life paintings that I'd like to start once I get moved in. One will be of an English Mastiff named Beatrice. The other one will be of my grandpa. For some reason, it fascinates me to paint the two of them at the same time. I admit that painting my grandpa scares me. I'm afraid that painting him is going to make me love him even more. This scares me because, no matter how lucky you are, grandpas don't get to live forever. I guess that's one thing that grandpas and dogs have in common--and I love both, dearly. Come to think of it, that old garage that I am turning into my studio reminds me of my grandpa--completely--and that's probably one of the reasons I like it so much. 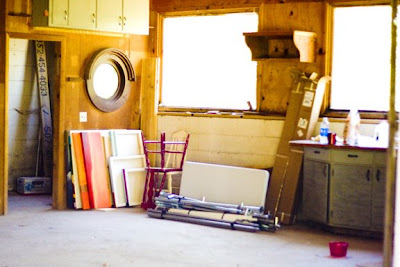 It even has a window that looks like it belongs on the side of a ship. On the other side of those big windows is where the garden starts. Despite the late start, I am planting bright red sunflowers and riotous bursts of zinnias. We'll also scatter some butterfly garden seeds, carrots, and sugar snap peas. I like imagining what it will be like to get lost in work up to the workbench and then look up into a world of bloom. I've been calling this year my year of "wild bloom." I had no idea that it would manifest itself so literally. Then again, this year has been full of surprises. This surprise just happens to be heavenly. 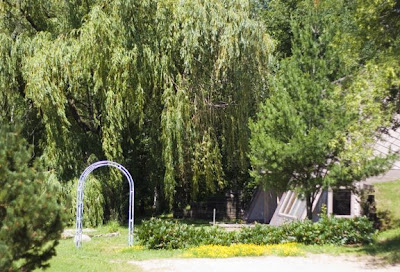 Although we don't technically move in for another 2 weeks, today Vinny and I spent several hours tilling the new garden space (and if you've ever done much gardening, you probably know just how difficult this is to do!). Behind the studio we'll plant tomatoes, more sunflowers, moon flowers, potatoes, peppers, string beans, spinach, lettuce, swiss chard, zucchini and some basil. I love it that I am going to be surrounded by growing things! Anyway, I've been meaning to give you a brief introduction to our new place and so here it is.